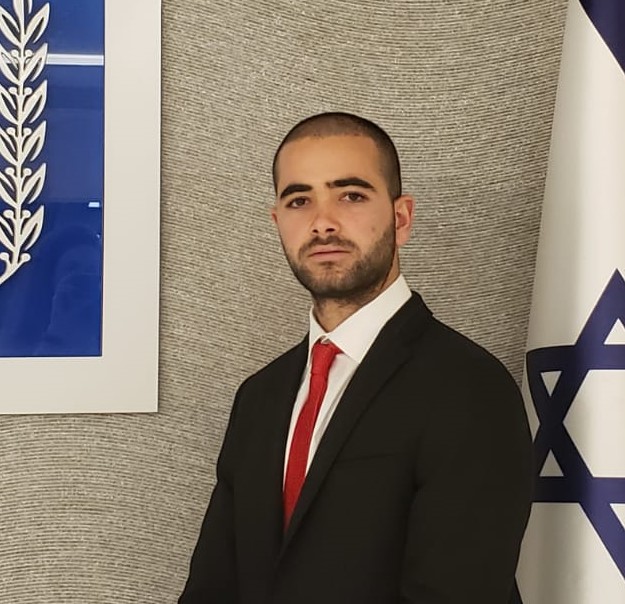 The Science of Where Magazine meets Rotem Oreg, chief editor of the Washington Express blog, on America, the Middle East and strategic perspectives.

Rotem Oreg is the chief editor of Washington Express, a blog analyzing US politics, strategy, and foreign policy and their impact on the Middle East and Israel. Before founding Washington Express, Oreg was a research assistant at the Institute for National Security Studies (INSS) in Tel-Aviv, and he is an Israel Defense Intelligence veteran, where he served as a strategic analyst and a commanding head-of-squad. Oreg holds a B.A. in Philosophy, Politics and Economics (PPE) from the Hebrew University of Jerusalem, Israel; is a fellow at the Hansen Leadership Institute (HLI) at the University of San Diego and the author of the novel “Lion Heart”.

Realistically, what changes can we point out in the new US administration’s strategic approach to the Middle East?

On the long-run, there is no major difference between the incoming and outgoing U.S. Administrations: both perceive the Middle East as an area of mostly challenges, not opportunities, and the long-term process is disengagement and “Pivoting” to East Asia.

However, there are still American interests in the region – including protection of allies and combating the spread of weapons of mass destruction.

The Trump Administration handled the challenges of the Middle East from a utilitarian perspective: if the President believed that a certain policy move would contribute to the interests (economic, security or political) of the U.S., he conducted it. This includes moving the U.S. Embassy to Jerusalem, despite the risks of escalation; and the withdrawal from the Iran Nuclear Deal, despite no evidence for Iranian violations of it. The traditional concepts of the U.S. foreign policy – obligation to treaties, adherence to the rule of law – were instrumental in the perception of the Trump Administration: if they do not correlate with our interests, they can and should be broken.

Biden, on the other hand, perceives the traditional concepts of human rights, international law and diplomacy as part of the American interests: to him, this is a matter of example and of leading by example. This is why we’ll see a heavy focus on international agreements, most notably re-entering the climate Paris Accords and an attempt to re-enter the Iran deal. Biden is also a huge believer in global coalitions to tackle global challenges, so we’ll probably see way less unilateral actions in the region like those we got used to in the last four years, and instead an attempt to build coalitions of like-minded partners, designed to address border-crossing challenges.

We are particularly interested in the delicate question of the nuclear question of Iran. You wrote about it in a recent article for The Institute for National Security Studies. What is your opinion as an internal observer to regional dynamics?

The Iranian regime is responsible for a lot, but not all, of the regional instability. Tehran’s nuclear ambitions, missile program, support of the Assad regime and of terrorism, as well as other malign activities, all contribute to the fragility and explosiveness of the region, which is already in a non-stable situation due to tribal, ethnic and religious divisions and core economic challenges.

While right now Iran’s activities are countered through several fronts – from economic pressure to covert action – a nuclearization of Iran would dramatically change the Middle East. It would make Iran practically-invincible (take a look at North Korea, and how delicately its neighbors treat her due to its nuclear arsenal), provide “nuclear umbrella” to its malign activities, and incentivize other countries to acquire nuclear weapons, thus destabilizing the region even further.

The Abraham Accords, extended to Morocco, also represented an important point in the Trump administration’s Middle Eastern policy. What future do you see for this initiative?

First, it needs to be said that the Abraham Accords, while not the “peace in the Middle East” we all longed for, are extremely positive developments. Every time a Muslim country is recognizing Israel and normalizing the relations with is an additional step towards the middle east we want to live in, each step presenting amazing opportunities for all sides, and it is parallel to the progress or lack of progress done between Israel and the Palestinians.

That achievement of the Trump Administration was possible due to an “outside of the box” thinking of his team: his advisors were creative enough to cut the Gordian Knot between Israeli-Arab world normalization and the Israeli-Palestinian peace process, and they pushed for progress with the former despite the stagnation with the latter.

While Biden might push for more agreements, especially with Saudi Arabia who needs to show any sign of good faith to the incoming Democratic Administration, and he definitely would not reverse them, Biden might require some progress in the Israeli-Palestinian front. He probably won’t initiate a peace process as he has more urgent tasks and since he realize that both sides believe time is working at their best interest, but he might try to stabilize the situation: to convince both Prime Minister Netanyahu and President Abbas to avoid from escalatory moves (like expanding the settlements in the West Bank and reaching to international tribunal, respectively).

There is an aspect we often forget. The explosion of conflicts in the Middle East (which affects almost all countries) calls for immense sacrifices for the peoples. What message can you give regarding the protection of human rights in the Middle East?

These are dark times, there is no denial. The second decade of the 21st century was marked with tragedy and pain for all of the countries in the Middle East, but – and it has to do with my previous answer – I believe that the coming decade would be the sunrise after a long night. The relationships Israel is building with its neighbors are not just driven from mutual enemies (like Iran) and mutual threats (like climate change), but also from mutual commitments – to stability, prosperity and progress.

Both stability and prosperity are crucial for the protection and progression of human rights, and thus I hope that our developing ties of trade, investment, tourism and culture would make our lives better and the region more stable, hence we all be able to better-protect and promote our human rights.

Finally, speaking of Israel, we must consider that the country represents a technological hub of primary importance worldwide. How do technologies interact in ongoing conflicts and how could they guarantee their solution?

The gravest threat to humankind is climate change, and warm, near-sea regions – like the middle east – are especially vulnerable. If we won’t address the rising temperatures and the decline of water resources and agricultural lands, the next generation in the middle east would not fight over religion or nationality, they would fight over food and water.

Israel’s cutting-edge technologies, and its extensive experience in clean energy, water desalination and food-tech, are key tools for addressing the climate challenge. By cooperating with our friends and allies, worldwide but mostly in the region, we can ensure that the very basic needs of humans – energy, clean water, clean air, and nutritious food – are not scarce but provided and ensured.

The US State Department recently approved a potential $1 billion sale of counter-drone technology to Qatar, the latest evidence of keen interest in c-UAS...
Continua a leggere
Diario Geostrategico

With faith that high-level meetings are reassuring symbols of comity, stability, and good relations, a delegation is coming from Europe on December 5 for...
Continua a leggere