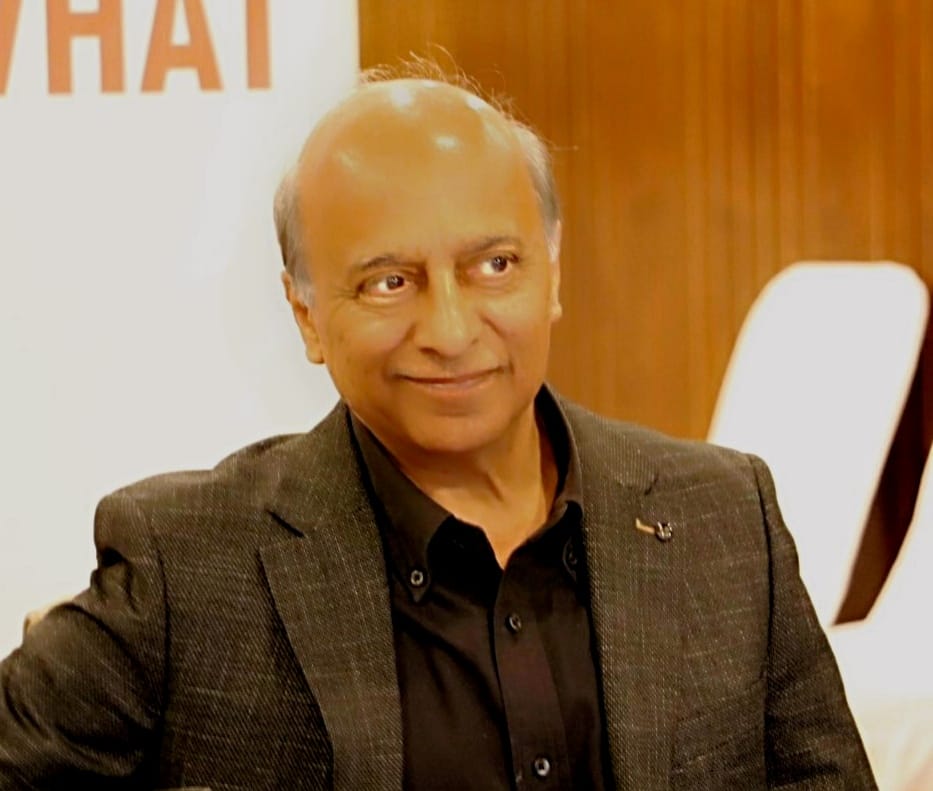 The Science of Where Magazine meets Imtiaz Gul, onePakistan’s leading political and security analysts. He has authored four books including The Most Dangerous Place (Viking/Penguin, USA/UK); Pakistan: Before and After Osama (Rolli Books, India). Gul currently heads the think tank The Center for Research and Security Studies, Islamabad (www.crss.pk). He tweets @imtiazGul60

The conflict between India and Pakistan is ancient. Can you help our readers to better understand the origins of this situation?

The origins of the conflict lay in the creation of Pakistan in 1947 out of the Indian subcontinent. Right wing nationalist Hindus probably never reconciled with the birth of Pakistan. At the same time the unresolved dispute around the Himalayan state of Kashmir – Pakistan controls one third, and the rest by India. It had promised at the UN in 1948 to let Kashmiris decide their political future but gradually reneged on the promise. The non-fulfilment of this promise led to many uprisings among Kashmiris Muslims, it also resulted in several “intefadas” – armed uprising by Kashmiris. Pakistan, as a party to the conflict at the UN, did provide political and diplomatic support to Kashmiri parties. Many of the militant organizations did use the Kashmir under Pakistani control (disputed under two UN resolutions) as their base but India over a period of time , while refusing to hold the referendum it had promised at the UN, began branding it as terrorism. Kashmir also caused armed conflicts between the two countries – 1965, 1971, 1999. India actively supported separatists with men and money in East Pakistan which became Bangladesh in 1971. India also advanced its troops in 1984 in the mountainous region of Kashmir Siachin, leading to a continuous stand-off that continues today.

But as The Indian Chronicles by EU DisInfoLab explains, India cleverly used the Kashmir militancy and Pakistan’s support for it as “abetment of terrorism” and thus defamed it for nearly 15 years.

Lastly, the rise to power of right-wing radical Hindu nationalists such as PM Modi and their dream of “cleansing” India of non-Hindus , under the influence of Rashtriya Swayamsevak Sangh, represents another major hurdle in the way of normalizing relations with New Delhi. Despite several attempts by PM Imran Khan, Modi and his hard line colleagues have refrained from resuming dialogue with Pakistan.

On the contrary, it seems to have upped its support to anti-Pakistan ethnically disguised groups in the northwestern and southwestern Pakistan, with a continuous string of attacks on security forces as well as vulnerable Muslim and non-Muslim minorities to sow fear and scare within Pakistan.

Today, the digital society certainly amplifies the global fake news network against Pakistan that you describe in your article published by East Asia Forum (January 9, 2021 – Exposing the fake news war against Pakistan). What are, in your opinion and following your researches, the positive and negative characteristics of today’s Pakistan ?

Firstly, Pakistan today is trying hard to extricate itself from the consequences of the fake news/disinformation that has caused a lot of internal discontent and which is then exploited by the external forces through proxy terrorism.

Secondly, it is a country that together with China is trying to shift its focus from geo-politics to geo-economics. It has tried its best to contribute to the intra Afghan negotiations, to nudge Afghan Taliban into talks with the Kabul government, conscious of the fact that without peace, peace in Pakistan will be difficult and that will also impede economic revival and turn around.

Pakistan’s governance system continues to suffer from an obsolete model of governance , slow and insufficiently equipped to keep in step with the demands of the current age. Decision making is still slow and complex which obstructs quick decisions and quicker implementation of projects.

Reasons for this are both internal and external but strong efforts are currently underway to breakthrough these systemic obstacles and also neutralise the external factors.

The revelations of a large fake news network operating against Pakistan is a vindication of its long standing stance against India supporting destabilizing activities.

Thirdly, unfortunately, the lack of global internet regulations have been exploited by states to pursue strategic agendas.

Fourth, at the moment, it seems that Pakistan’s greatest asset is its young labor force, growing IT sector and prized geo-economic location. Pakistan has been declared top tourist destination by several renowned outlets. Our important strategic location gives Pakistan the leverage to play a role of bridge builder and peace among competitors. Pakistan is also moving on a positive trajectory on Human rights issues and is trying to bridge the gaps where necessary as change takes time. The negative aspect/weakness lies in improving governance and ensuring policy continuity in the right direction.

Finally, what are Pakistan’s relations with other Asian countries and how will the new American Presidency affect the regional framework?

Pakistan seems to be diversifying its foreign relations by making economic diplomacy as its central pillar. Within this context, Pakistan is actively seeking to upgrade its relationship with ASEAN to dialogue partner and upgrade trade relationship. Pakistan is also seeking to increase the volume of bilateral trade with South East Asian countries. With China, Pakistan has added the economic dimension to an already existing strategic relationship via the China-Pakistan Economic Corridor.

America’s strategic framework in Asia is guided by containing the rise of China. This framework guides America’s regional engagements and there is a bipartisan consensus in the US. Therefore the Biden Presidency will not deviate away from the fundamentals but will be more sophisticated and prudent in pursuing anti-China policies. We may see the return of America backed regional trade agreements.

Joe Biden administration will continue to strengthen strategic partnership with India so that it can lead the regional security order against China. Whether or not India will prove a reliable partner for the US given the increasing domestic difficulties of India resulting from pursuit of its right-wing policies will be an interesting thing to watch.

Pakistan hopes to balance its relationship between US and China and work with both powers to further its development agenda.