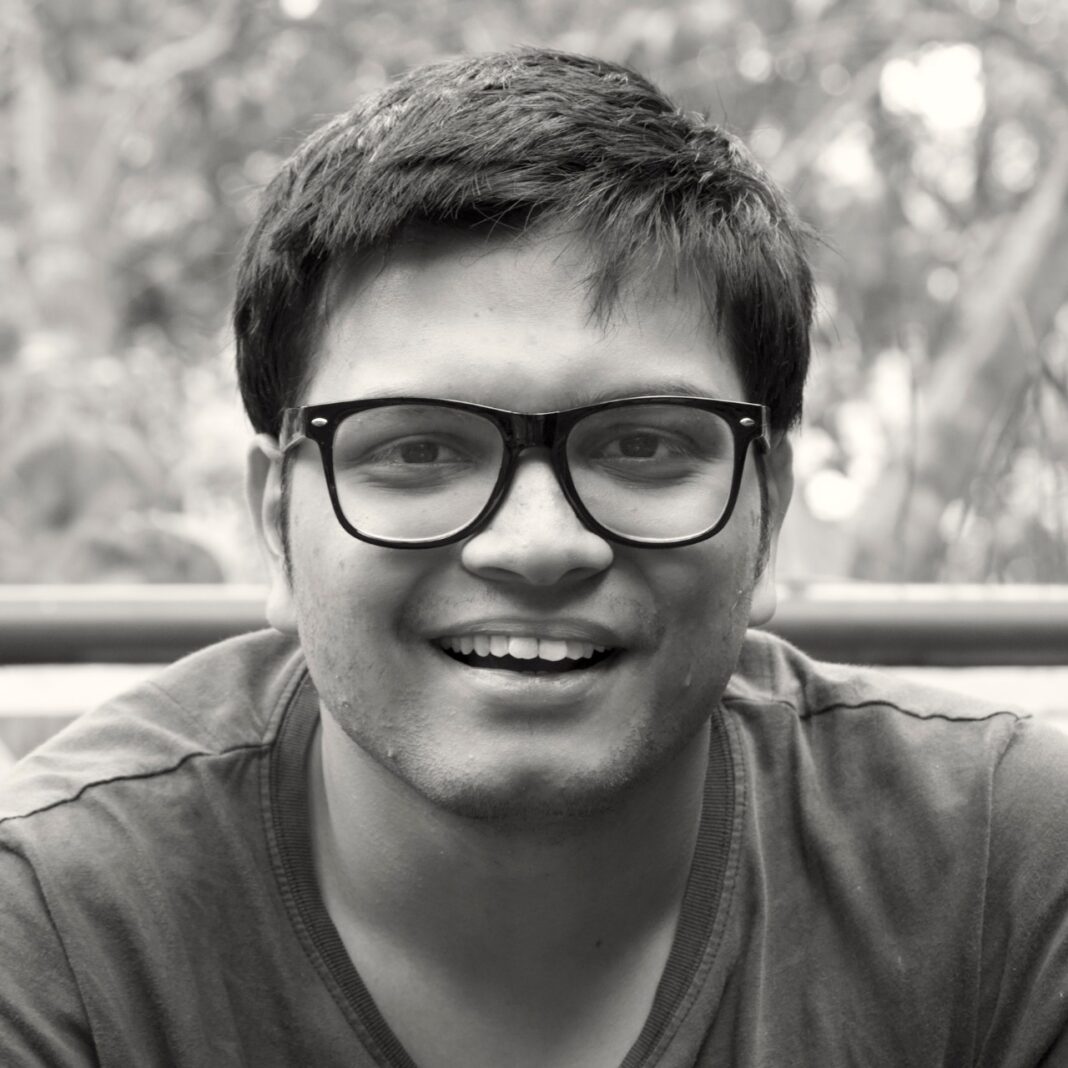 The Science of Where Magazine meets Arindrajit Basu, Research Lead at the The Centre for Internet & Society, India, where he focuses on the geopolitics and constitutionalty of emerging technologies.

The challenge of data governance is decisive in this historical phase in which one of the pillars of the post-pandemic is the digital transition. What is your general opinion?

Data governance, and associated concerns of power asymmetries and inequality were crucial well before the pandemic struck. It has certainly been amplified by the pandemic, with remote working across the world necessitating greater access to the internet for routine daily existence.Universal standards for governing data in line with the principles of sovereign equality, human rights, and other public international law regimes are imperative for the world to move forward in combating this pandemic,and enabling a smooth transition to our new digital existence.

However, we must remember that this digital transition is exacerbating existing fissures across societies, particularly in the developing world. By virtue of digital connectivity being unequal worldwide, this pandemic is exacerbating these inequalities rather than playing the ‘great leveller.’ As classes go online, what happens to children who do not own a laptop, or do not have stable internet connectivity? What happens to those who live in cramped houses, and benefit greatly from the space and interactions that school provides them with? As digital solutions are retro-fitted to societal or infrastructural problems such as allocation of hospital beds or vaccine appointments, what happens to those who lack access to or awareness of how to use these platforms?

My point is not that we must shy away from this digital transition. Instead, it is that global conversations about data governance need to evolve to acknowledge these new realities.

What is the position of India, certainly a global player, on data governance at the global level (in particular, within the WTO)? What are the main differences between India, China, USA and Europe?

Let me start with a brief history of e-commerce negotiations at the WTO, which have now morphed into larger questions of data governance.This conversation started in the 1990sAt the Geneva ministerial in 1998, members adopted a global declaration on e-commerce that set up a comprehensive work programme at the General Council,and imposed a moratorium on customs duties on electronic transmissions. The point of the work programme within the General Council is that it operates on consensus, that is every single state must accept a decision imposing a trade related obligation. This is an important mechanism for preserving sovereign decision-making-to ensure that all states consent to an obligation that limits its decision making power on trade.

However, by 2017, several some states were dissatisfied with progress being made through this Work Programme and consequently started a Joint Statement Initiative (JSI) to “initiate exploratory work together toward future WTO negotiations on trade-related aspects of electronic commerce.” The 86 member process discussed issues such as market access and data flows, consumer and personal data, and e-commerce measures and regulations, and put out a Consolidated Negotiating Text towards the creation of a legal framework for governing electronic commerce at the WTO in December 2020.The US and EU were a part of this process. China,Brazil and India chose not to be arguing that it would threaten their sovereign autonomy. India and South Africa also put out an objection to this plurilateral initiative. A complementary initiative is the Osaka Track, former Japanese PM Shinzo Abe’s push to promote “data free flow with trust” which China, the EU and the US signed on for the Osaka Track, while India, Indonesia and South Africa opted out.

Finally, there are three regional trade agreements:the Regional Comprehensive Economic Partnership (RCEP), the Comprehensive and Progressive Trans-Pacific Partnership (CPTPP),and the US-Mexico-Canada Trade Agreement (USMCA). Each of these contains obligations on the location of computing facilities and cross-border transfer of information by electronic means, along with exceptions to these obligations. Interestingly, some countries like China which have data localization laws have opted into trade agreements like RCEP and it will be interesting to see how China amends its policies to fit the RCEP requirements or justifies them as fitting within the the exceptions-”legitimate public policy objective” or “essential security interests.”

The key divide across data governance negotiations hinges on two points-restrictions on cross border data flows and freedom of access to source code. The countries opposing the JSI and e-commerce negotiations believe that they should retain the ability to take calls on these restrictions-such that their citizens and open source communities benefit. The proponents however want to set uniform rules of the road to promote stability.

A hotly debated issue is the sovereignty of States in this data governance process. Doesn’t investing heavily in sovereignty risk leading us into dangerous forms of techno-nationalism?

This is a very important question. I fear that ‘data sovereignty’ has gained a bad name both in policy and media questions because of the repressive behaviour of the governments that have promoted it. This is because sovereignty is being used as an excuse to justify draconian surveillance and censorship practices and restricting the ways in which their citizens can benefit from accessing and using the internet.However, this sort of usage, seen in Russia,China and even sometimes in India, is an inappropriate one.

The actual principle of sovereignty is much simple: the fact that countries should retain the ability to assert sovereignty over data generated within its borders or the way in which digital infrastructure within its borders is governed. So,both on data localization and intellectual property, the global community must consider the reasons why certain countries are objecting to the ideas being pushed by the EU or US through the JSI-and figure out ways to respond to them. While I personally dont believe data localization is a well thought out policy prescription, some of the reasons underpinning this push-whether it is law enforcement access to data or the hegemonic tendencies of companies located in the US- are concerns that should not be dismissed. The best antidote to techno-nationalism is to engage with the concerns raised by the developing world on access, inequality, and digital hegemony, and attempt to reach consensus rather than dismissing them and steam-rolling the e-commerce negotiations.

Now, here lies the rub. The idea of sovereignty is that a community of people (citizens of a state) decide that a group of individuals (the government) will govern in a manner that benefits the citizens. Sovereignty is a key principle of international law but so is the principle of universal human rights. So, when states clamping down on digital activism or dissent and argue that we dont need to care about universal principles, I find that a massive problem-which delegitimizes the valid concerns I raise above. You can ask for restrictions on cross-border data flow as a state but if your state also has a draconian surveillance regime that is not in line with human rights principles, you are bound to be criticised.

So, to conclude, I dont think ‘sovereignty’ as a principle is the problem.The problem is the way it is applied by states who often dont have laws and policies meant to protect digital rights in place, which then leads to the dangerous techno-nationalism you mentioned. So, as a global community, its important to segregate-engage with valid concerns about the undermining of digital sovereignty while continuing to apply pressure to prevent its misuse.

Our magazine deals with “science of where”, geolocation. How can artificial intelligence help organize and process the infinity of data we generate? This theme is very important, for example, for tracking the pandemic: I am thinking of India and the very difficult phase the country is experiencing.

Another great question which takes me back to my first answer. The problems being caused by the pandemic are socio-economic ones that require robust socio-economic and scientific responses. Technology could be a part of the solution but only after understanding where deployment of that technology may be useful from a socio-economic perspective. Contact-tracing apps in India have been largely done away with as over half the population does not have access to smart phones, so they are not a particularly effective tool for tracking the pandemic. They have also been criticised for being tools that might enable unwarranted surveillance. Even as we enter this difficult phase with the second wave, the problems regarding oxygen supply or access to ventilators are problems that technology and AI cannot solve.There have been some technological interventions for the allocation of hospital beds or vaccine appointments, which of course negatively impacts those who dont have digital access. More importantly, it cant solve the infrastructural problems that are the primary concern-an app cant do anything if we dont have beds or vaccine supplies.

My point is not that we should be averse to technology but policy-makers often see technology and AI in particular as a magic wand that will solve all societal problems. If anything, the pandemic is showing us the opposite.Technology,particularly in the developing world needs to be built only after a specific gap is identified, and it is determined how technology can fill the gap.

Let me give you an example of what I consider a successful AI use case. In the states of Karnataka and Andhra Pradesh, Microsoft partnered with research institutions and the state government to develop an app that would help farmers improve their crop yield by alerting them on weather conditions, soil fertility, and other factors that would enable them to make decisions.Given the digital divide, the app generated text messages that were sent to feature phones rather than manifesting itself as an app on a smart phone. Importantly, human beings were at the centre of decision-making, and ultimately it was the individual farmer who had the autonomy to decide.

This is very different from when governments or companies use technology to track people,predict crimes, or generate profiles for the purpose of advertising revenue. The entity operating the technology is in control, the technology is the medium for controlling.And this is perhaps a good note to end on. The battle for data governance is primarily one of control, and how this control can be resisted.