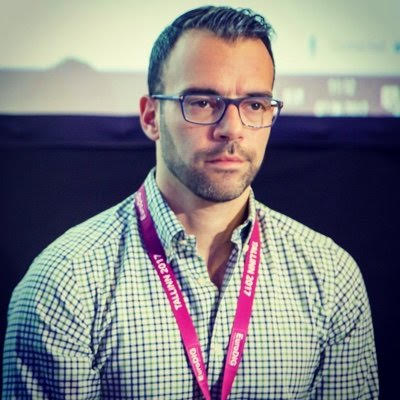 The Science of Where magazine meets Konstantinos Komaitis, Senior Director for Policy Strategy and Development at the Internet Society

The theme you wrote about with Justin Sherman, US and EU tech strategy aren’t as aligned as you think (Brookings) , is of enormous importance. With respect to the issue of the rules of the internet, and more generally of the digital society, what are the substantial differences between Europe and the United States?

The main difference is how to set the rules for the Internet. In the United States, the market sits at the driver’s seat and determines the rules of the road. On the contrary, in Europe, governments are more skeptical about the ability of the market to self-regulate and we see a more decisive and pervasive intervention. Both approaches have their fair share of advantages and disadvantages and they must always be evaluated in the context they apply. The unfortunate thing in both of them however is the fact that considerations about the Internet as an infrastructure are rarely considered and we are now finding ourselves in the position of tech strategies between allies not being fully aligned.

How do you judge the perspective evoked by some experts of a digital Bretton Woods?

To be honest i am not sure what this would achieve. Bretton Woods was an outcome of two world wars that had left devastation and had crippled the economic system. i don’t think we are there with the Internet. At the same time, I also do not think that a model where a set of western countries that form alliances of top down control works any longer. What is important for the future of the Internet is that we stop talking about it as if it were a monolith and remind ourselves that it is a tool that recognizes no boundaries and should be used by everyone that wishes to participate in it.

How and to what extent does the phenomenon of digital sovereignty affect international relations? How are China and Russia moving?

Digital sovereignty is a reflection of international relations. One thing we must understand is that the way state actors approach issues in the Internet is not inherently different to how they approach the environment or issues of global health. State actors want to have their own right to sovereignty over the Internet just like they do for other issues. The main issue here is that the Internet is a global communications medium that is predicated on not recognizing borders. So, sovereignty automatically creates stress to the way networks can talk to one another.

In terms of China and Russia – their approach is fundamentally different, driven by different motivations, but the notion of sovereignty constitutes a key pillar behind their decisions.

Finally, I would like your opinion on the topic of cyber wars and the need for growing cybersecurity. How much do cyber wars and cybercrime proliferate in the absence of rules?

There is no denying that with the evolution of the Internet — all the tools and services that have been created — cybercrime activity increased. This is somewhat inevitable because crime (and war) are part of human nature. The important thing is to understand this and not treat them as “Internet problems”. What I mean is that of course we need rules. But, these rules should not be about attempts to seize control of the Internet or its management. And, they should be informed, proportional and consistent to addressing the real problem and ensuring that they do not cause disruptions to the ability of networks to interoperate.