LOOKING FROM SPACE: CITIES, NOT STATES 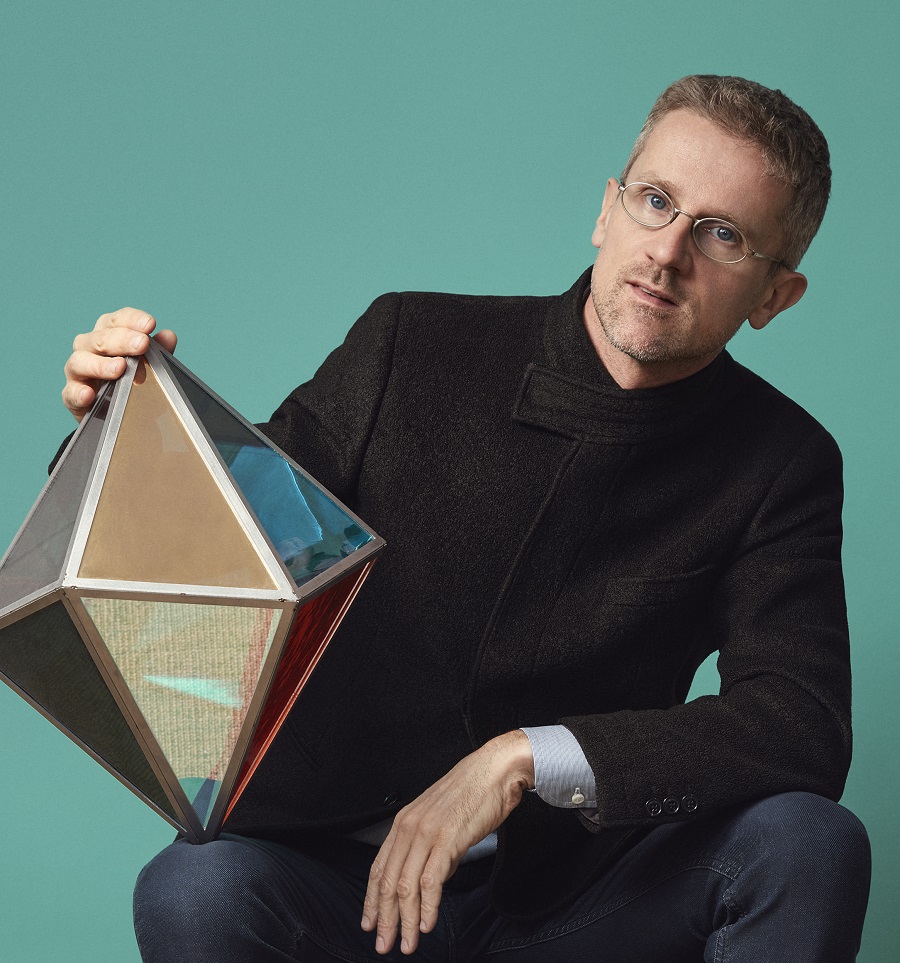 The Science of Where Magazine meets Carlo Ratti, architect and engineer. He teaches at MIT, where he directs the Senseable City Laboratory, and is a founding partner of the international design and innovation office Carlo Ratti Associati. A leading voice in the debate on new technologies’ impact on urban life, his work has been exhibited in several venues worldwide, including the Venice Biennale, New York’s MoMA, London’s Science Museum, Barcelona’s Design Museum and Bi-City Biennale of Architecture and Urbanism. Three of his projects – the Digital Water Pavilion, the Copenhagen Wheel and Scribit– were hailed by Time Magazine as ‘Best Inventions of the Year’. He has been included in Wired Magazine’s ‘Smart List: 50 people who will change the world’. He is currently serving as co-chair of the World Economic Forum’s Global Future Council on Cities and Urbanization. For further information visit Carlo Ratti Associati and MIT Senseable City Lab.

The city, for various reasons, represents the place of the “already present” future, our beyond. Experimenting “in” the city becomes more and more important. Can you explain your vision to our readers?

Since their origin, around 10,000 years ago, cities have always performed the function of accelerators. So it is not a surprise that today, at the time of urban technologies and the Internet of Things, many mayors are talking about “living labs,” using the city as a place for urban experiments. Applications can be manyfold: from new mobility systems to smart grids, from municipal services to innovative forms of urban participation. We could say that urban experimentation has become crucial to improving our living conditions. The more tests we do, the more likely we will be able to realize innovation and a healthy urban life. Imperfections are unavoidable, so citizens should be involved in the process and participate actively in feedback loops by offering their opinion.

A decisive element for the governance of cities is the technological factor. We deal with “science of where”, evolution of GIS. We question the relationship between the evolution of technology and the evolution of the human condition, deeply interrelated themes. What is your thought?

Mapping is a gateway for us to better understand urban life. With the advancements of technology, we have an increasing amount of data at our disposal. Such information helps us draft digital maps from different perspectives – at our Lab at MIT we have used sensors to track the flows of telecommunication (in the project Real Time Rome), New York taxis (HubCab), and wastewater (in Underworlds) – among others. All of this can help us better understand not only the physical city but also the life of people inside it. After all, as William Shakespeare put it, “What is a city but the people?”

The debate is open on the inadequacy of the “smart cities” project with respect to phenomena such as the pandemic. What do you think about it?

There are many facets to a “smart city.” It deals with all the applications related to the Internet of Things at the urban scale. By that metric vital activities during the pandemic – from e-commerce to social distancing apps to movie streaming at home – would not have been possible outside the (increasingly) smart cities.

The pandemic, in Europe, is confronting us with the need for “recovery”. We believe that territory, city, digital and sustainability are the keywords. In your opinion, what choices should be made in the short, medium and long term? With respect to these issues, how is the debate in the United States evolving?

The pandemic has forced us to be more creative. As in economist Joseph Schumpeter’s “creative destruction,” changes that would have taken years to complete were realized in a few months (or even a few weeks). For instance, we have seen the rise of micro-mobility as cities continue to adopt shared bikes and e-scooters to help citizens commute safely while producing minimal air pollution. In the long run, we should focus on continuing and institutionalizing such experimental approach, based on trial and error and feedback from citizens to ascertain what works and what doesn’t.

I see many similarities between Europe and the USA or Asia at the city level. One difference could be the more dynamic startup scene in the USA. We are ourselves part of it. With one of our start-ups called Superpedestrian, for instance, we have been very active in micro-mobility (through the brand LINK, which is also present in many European cities such as Madrid, Rome and Turin). With hundreds of sensors installed in the vehicle, data is generated and monitored in real time to ensure users can reach their destinations quickly and safely and to make operations more optimized – hopefully helping an important industry for urban mobility to become sustainable in the long term.

It might be interesting to look at urban case studies. Where you have worked, can you bring a virtuous example of collaboration between public and private, towards sustainability and through the active involvement of human communities?

There are many examples of PPPs (public-private-partnerships) or better PPPPs (public-private-partnerships with people). I would like to single out the international Reinventing Cities competition, devised by the mayor of Paris and head of C40 Anne Hidalgo. It aimed at evaluating proposals generated in a bottom-up way by developers, professionals and citizens alike to redevelop municipal real estate – particularly through the lens of combating climate change and making the built environments more sustainable.

Our office CRA-Carlo Ratti Associati won the Milan edition of the competition with VITAE, a building complex dedicated to scientific research and other uses, located on a formerly-municipal site near the Prada Foundation. The project was conceived jointly with real estate development company Covivio and features a 200-meter-long urban vineyard on its roof. It aims to connect people with nature, addressing our inborn biophilia, to use the word coined by Harvard biology professor E.O. Wilson. At the same time, it allows citizens to come together and share experiences around millenary traditions. You will hear more about it as we get closer to its expected completion date in 2022!

A final question concerns the international level. The city is included in the United Nations 2030 SDGs. What global policies are emerging?

When you look at the planet from the space you do not see nation states, but you see cities. Today, thanks to globalization, nation states are losing their importance, to the benefits of cities. Cities themselves are creating an increasing number of international networks, from associations such as 40, ICLEI and Metropolis, to the Global Parliament of Mayors. I think that this is helpful, as it allows city governments to come together and learn from each other – something that is increasingly important in the Schumpeterian framework described above.