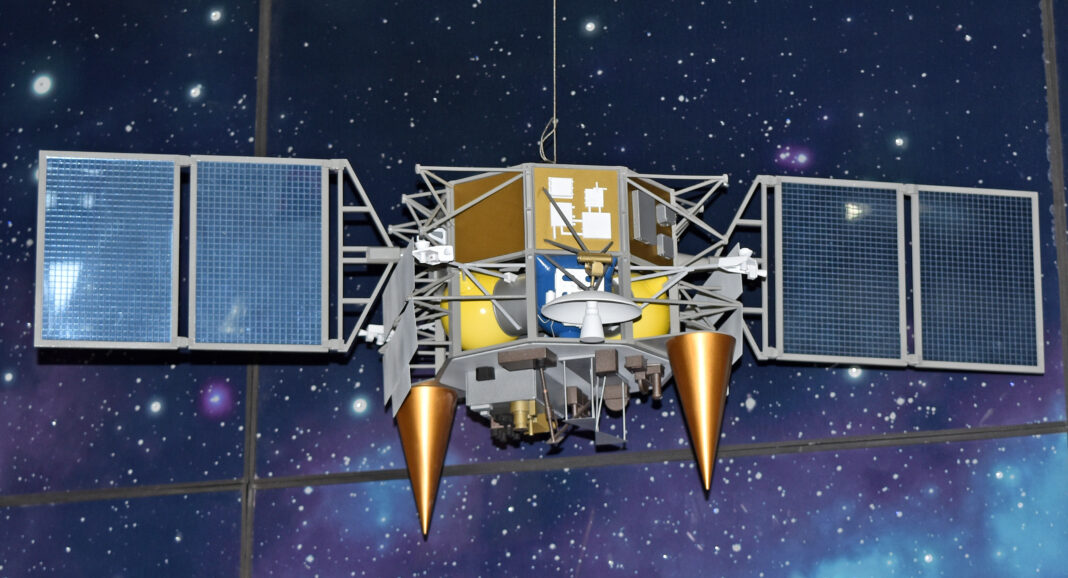 The Science of Where Magazine meets Pavel Luzin, researcher of Russia’s foreign policy and defense as well as international relations and global security. He is a contributor to the Riddle (the Intersection Foundation, Lithuania) and to the Jamestown Foundation (USA). Also he is a columnist at the Russian newspapers like The Moscow Times, RBC and Vedomosti.

He published Russian-Chinese Cooperation in Space (The Jamestown Foundation).

What does the Russian-Chinese cooperation in space mean in terms of investments in new technologies ?

The Russian-Chinese cooperation in outer space has begun since 1992. For many years, Russia was a donor for China’s space program, especially in technologies of manned flights on low Earth orbit and in rocket engines. So, China got the necessary technologies and the Russian space industry got some money in the 1990s. The next attempt of the bilateral partnership related with the Russian Fobos-Grunt probe. This probe was aimed to get to Phobos, the moon of Mars, and also to deliver Chinese small Mars orbiter Yinghuo-1. But the probe has been lost due to emergency soon after its launch in 2011, and China has become rather sceptical towards relying on Russia in space activity.

Nevertheless, because of the Western sanctions that have been imposed since 2014, Russia became interested in relations with China as in political sense (to demonstrate that the confrontation with the West does not bring any damage and to make a diplomatic pressure on the United States and Europe through the threat of Russia-China space alliance) as in technical sense (Russia needs access to space electronics that it is not able to produce by itself). In this way Moscow became much more active in space cooperation with Beijing. However, there is still a lack of trust between the two states: China does not want to be dependent on Russia in space activity and today there are no Russian technological advances that China is interested in, and Russia on its turn is not satisfied with the quality of space electronics that China is ready to supply to Russia. At the same time as Russia as China develops their space missions in an independent manner, also there are no common projects in the space industry.

So, the bilateral memorandums do not mean any common investments in new space technologies.

Do Russia and China really represent a common and united front with respect to space exploration?

Actually, no. Russia uses space relations with China trying to bargain with the West in prolonging space partnership after the International Space Station era and to extend the arms control agenda into space (I mean the draft of the Treaty on the Prevention of the Placement of Weapons in Outer Space, the Threat or Use of Force against Outer Space Objects, also known as PPWT) and so on. In its turn, China uses the space cooperation with Russia for expanding its role as a global space power and the global power at all as well as to prevent Russia from reunification with the West in the strategy of deterring China. So, the space cooperation is used by both sides as a diplomatic tool in the broad context of their foreign policies.

We still don’t know what will be the new global order. The West plays its game, China plays its game and Russia plays its own game too. I prefer to speak that there is a high level of global uncertainty and even turbulence today. So, the result will depend on many factors: a) if the U.S. and its partners from Europe, Canada and Japan will be able to realize their common plans towards Moon program; b) if the West will be able to engage more partners in this program; c) if China will be able to realize all its plans in outer space and to create its own multilateral space partnership (space coalition); d) if Russia will be able to realize its plans; e) what will be in domestic political fields both in China and Russia during the 2020s. Also there are many other political, economic, technology and security factors. Moreover, there is still no Russia-China front. Russia’s essential interest is to keep its role as an independent great power and to keep its partnership with the West according to the principle of interdependence.