WHO IS WINNING THE ISRAELI-PALESTINIAN CONFLICT? 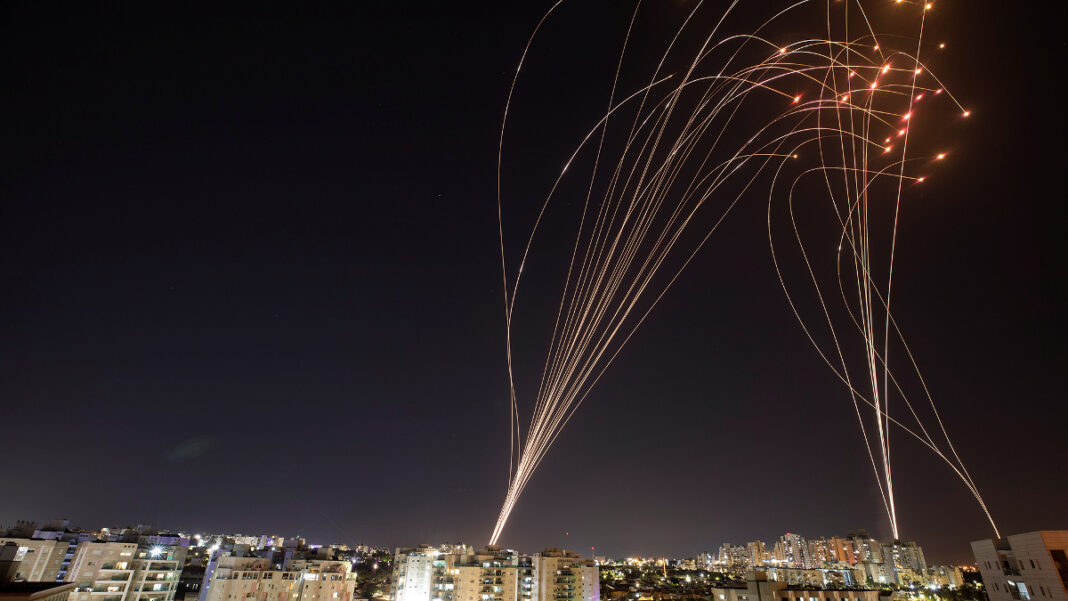 Is a balanced analysis on the Israeli-Palestinian conflict possible? Last Friday, May 21, 2021, showed the results of the recent wave of violence in the Israeli-Palestinian conflict, through two significant parallel events: the US President John Biden’s press conference clear endorsement of the Two-State Solution, and the Muslim Palestinian protest against the Palestinian Authority’s Jerusalem Mufti during his Al-Aqsa Mosque sermon, on the Haram Al-Sharif/Har ha Bait Compound, for not mentioning Gaza.

These two simultaneous, though apparently disconnected, events show, better than any other word or image, who is the real winner among the two opposite identity models (and their corresponding élites) facing each other in the conflict: the Glocal Abraham model versus the Westfalia State vision. Special Identitary Magical Glasses allow us to see the recent tragic events in Jerusalem and Gaza under a different light, especially in view of their geopolitical context and perspective.

A verbatim transcription of the aforementioned Biden’s press conference may help to make this outcome even clearer: “There is no shift in my commitment to the security of Israel, period. No shift, not at all, but I am telling where there is a shift in. The shift is that we still need a two-State solution, and this is the only answer, the only answer.” The shift from the previous US President Trump Glocal Abraham approach, where the relevant collective identities were the religiously-inspired communities, could not be more evident.

The relevant Geopolitical context of the recent wave of violence are 1. Timing: For the first time since Israel’s Prime minister Yitzhak Rabin’s assassination in 1995, the Middle East region witnesses a window of opportunity for deep strategic changes, despite all the odds on the road. 2. Perspective: Whatever its final outcome, the ongoing violence is directly affecting the current negotiations for possible Israeli Parliamentary coalitions to replace Prime minister Benjamin Netanyahu and his government. 3. Awareness: The three main actors behind the political decision to pull the trigger, namely Marwan Barghouti, Yehiyeh Sinwar, and Isma’il Haniyeh, were well aware of the previous two issues at stake and, in my opinion, they did coordinate for common goals, focused on the request of immediate Palestinian elections, after 15 years of Abu Mazen democratic paralysis. 4. The events’ nature: The violence developed for territorial, secular reasons, not religious ones, even if the Jerusalem riots started in Jerusalem, especially on the Haram Al-Sharif/Har ha Bait Compound (Noble Sanctuary/Temple Mount). 5. The US role:US President Biden has been following very carefully the events, despite his apparent low-profile role. 6. The Israeli Arabs: Their unprecedented participation in the ongoing Palestinian riots are impacting potential coalitions, which for the first time since the birth of the State of Israel in 1948 need the Israeli Arab support, as a result of the last Knesset elections held on March 23, 2021. 8. The current Middle Eastern Geopolitical context: Any attempt to understand the situation must start from an overview of the geopolitical context, namely the enormous impact of Biden’s US presidency on the region and beyond, in order to predict also its guided strategic way out

An unbiased analysis explains the effect of the new US presidency, and helps to predict how Biden will eventually lead the tragic violence in the area to a positive outcome

A Chronology of the most significant facts leading to the latest 11-days Israeli-Palestinian riots and violence could help us understand the etiologic origin of the current, and future developments: 1. April 13 (night), the first day of the Muslim holy month of Ramadan, Memorial Day in Israel: loudspeaker incident. 2. April 21, just a week after the police raid: Jewish extremist march. 3. April 29: Abbas cancels the Palestinian elections. 4. May 4, six days before the war began: Hamas warning. 5. May 7 (last Friday of Ramadan, one of its holiest nights, shortly after 8 p.m.): Israeli police raid on the Haram Al-Sharif compound. 6. May 10: final Israeli High Court hearing on Sheikh Jarrah set to coincide with Jerusalem Day (Shortly after 6 p.m. the rocket fire from Gaza began). 7. May 15: Palestinian Nakba Day