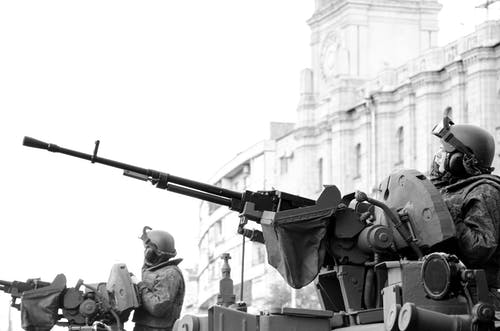 The Science of Where Magazine meets Prof. Sam J. Tangredi

Professor Tangredi was appointed as the Leidos Chair of Future Warfare Studies in March 2019 and since May 2017, has served as the director of the Institute for Future Warfare Studies. He initially joined the Naval War College as a professor of national, naval and maritime strategy in the Strategic and Operational Research Department, Center for Naval Warfare Studies in October 2016. He has published five books, over 150 journal articles and book chapters, and numerous reports for government and academic organizations. He is a retired Navy captain and surface warfare officer specializing in naval strategy. He held command at sea and directed several strategic planning organizations. 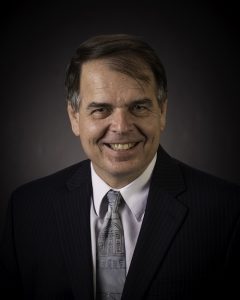 His remarks do not necessarily reflect the views of the U.S. Naval War College or any other agency of the U.S. government and those of The Science of Where Magazine

– At what point are we in the war? Perhaps the world has placed too many hopes on the meeting in Antalya. What prospects do you see?

In my view, Ukraine is fighting for all the West.  It may seem like a provocation but Putin fancies himself as Stalin–which is why the cult of Stalin is being revived in Russia.  But his actions are that of a Hitler.  Hitler claimed to be retrieving German lands.  Putin wants to reassemble the Soviet Union–he states it.  Donbas was his Sudetenland.  A Russian speaking population was encouraged as was the German-speaking population in Sudetenland to revolt against the Ukranian/Czechoslovak government, giving him an excuse to intervene to ‘protect’ nationals.  It is a matter of time that Donbas becomes a “republic in the Russian Federation.”  The rest of Ukraine is similar to Czechoslovakia in 1939.  Putin is denying that Ukraine is a nation.

How do the Ukrainians negotiate in this situation?  Putin has made his demands: Ukraine changes its constitution to be “non-aligned.”  Zelenskyy replaced by an authoritarian government–and probably executed.  Perhaps part (or all of Ukraine) incorporated into Russia and the remainder in Belarus status.  Moldova is next.

How can the meeting in Antalya achieve anything?  It is negotiations at the point of a spear.  Like at Grozny in the Chechen war, if the Ukrainians continue to thwart him, he will mass artillery and blow their cities apart block by block.  Negotiations with Putin are a farce.  Basically, what is his negotiations are about: getting his demands and he won’t start a nuclear war.

This website, which is a satire, sums up negotiations:  https://www.duffelblog.com/p/putin-invites-zelenskyy-to-discuss

We are (rightly) afraid of a nuclear war between Russia and NATO.  Hence NATO is essential paralyzed as far as direct involvement.  I think it could establish a Zone of Peace in Western Ukraine where Russians have not penetrated–but which is being bombed since yesterday–without a nuclear war.  But it would need to be handled well.  Constant control of the narrative: “these are peacekeepers; we are not here to engage Russian forces, only to protect the Ukranian people”–of which 2.5 million are now refugees in NATO nations.

Sanctions mean little to Putin personally.  Perhaps they will encourage the oligarchs (now the managers of state enterprises) to oust Putin.  But he has the security services under his control.  The Russian people will suffer much.  Will they blame Putin or blame the West?  Depends how frightened they are.

The ongoing war is also a cyber war. Cyber attacks are multiplying and disinformation is growing. How to build a realistic narrative about what’s going on?

Concerning cyber war, my colleagues and myself wonder why he has not started launching cyberattacks in quantity against the West.  Thus far, he it appears he has held back.  The Financial Time of 9 March  suggests it is because the West prepared against cyberattacks and help prepare Ukraine too.  Maybe US CYBERCOM and its counterparts in the other NATO nations are more effective than any of us really realize.  Perhaps they are already inside the Russian networks and the Russian military knows the cyber counter-attack will devastate them too.  We can only speculate.

As far as the narrative, the Russian attempt to capture the narrative is absurd.  Now they claim that the U.S. is sending birds and bats infected with biological weapons against Russia.  The Russian orthodox patriarch (which makes me sad since my grandparents were Russian orthodox) says that the U.S. invades any nation that refuses to hold a gay pride parade.  They claim that picture of the bombing of civilian targets is all fake and it is done by Ukrainians.  Of course, there will be conspiracy theorists and moral relativists who will believe that.  Good thing they are small in number (I hope).

Diplomacy is at work. Each player engaged in mediation has their own interests to safeguard. What will be the possible point of mediation, if any, and by whom?

Diplomacy in this situation is an illusion.  Putin is offering nothing to the Ukrainians except life if they accede to his demands.  It is like negotiating with the Nazi or Stalinist regimes.  Mediation can only be similar to Britain and France “mediating” the crisis in Czechoslovakia.  Didn’t work out too well for the Czechs or Slovaks.  Putin is bringing in Syrian fighters–doesn’t that indicate something?  The Wagner Group–whose mercenaries he has relied on in Syria and Libya–admit that their company (actually, a loose confederation of mercenary groups) is named for “Hitler’s favorite composer.”  This is power gone mad.  Mediation will doom the Ukrainians to political servitude…if it does anything at all.

Of course, what is being “mediated” by outside parties is: we will not militarily intervene, please don’t start a nuclear war.

We would like your opinion on the two crises which, in the immediate and medium-long term future, will have to be at the center of the global agenda. How should the ongoing dramatic humanitarian crisis (destined to worsen) be managed ? And, finally, how will the security framework change in the West and in the relationship between allies?

The humanitarian crisis is one reason I am advocating a Zone of Peace in Western Ukraine.  Optimally it would be led by non-European nations under the authority of the UN General Assembly.  But that is too slow to organize.  Russia will get there first.  My next choice would be the EU Defence Force of which France is the leading proponent.  Might include NATO nations, but does not include the name NATO nor the U.S. which Putin hates most of all.  If not, NATO has to establish the Zone, preferably without U.S. forces as the leading edge.  Again, it’s not to fight Russians where they are now.  It is to draw the line.  If Putin wants to fight Europe, it is his choice.  I think he will back down.  NATO has nuclear weapons.  Ukraine does not.  It is not a treaty ally in NATO.  He faces two very different situations.  One would mean his destruction.  The other–if a loss–is an inconvenience that he may survive to use as a Russian grievance for the next round.

Putin has done exactly what he supposedly feared: he has revived NATO in a way no other threat could.  (Of course, he can use the “NATO threat” as an excuse to keep power, so maybe that was part of his sort-of-plan.)  For a number of years after 1991, we debated about the future of NATO–was it needed in a peaceful Europe?  Some NATO nations supported intervention in Bosnia and participated.  Some did not.  Some supported and participated in Afghanistan.  Some did not.  All see the threat from Putin.  I do not refer to Russia as a threat–the threat is Putin.  Without Putin there is somewhat of a chance the Russia could be a quasi-democracy that probably would not be invading its neighbors.

The question is whether the Chinese Communist Party (they are the threat not “China”) will continue to support him and make it a global Cold War.

The world has changed.  You and I will look back at the 1990s as if it were paradise.