Multilateralism as “way of life” 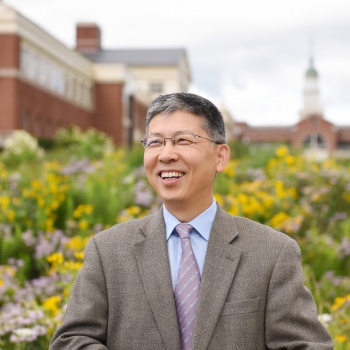 Interview with Prof. Zhiqun Zhu, Bucknell University about  the technological factor in the relationship between USA and China, the approach of the new American Administration towards China and the multilateralism.

How are new technologies reconfiguring the strategic relations between the United States and China?

Technological rivalry has become a key dimension of the strategic relationship between the United States and China today. Huawei, the Chinese multinational telecommunications company, is a symbol of this new type of strategic competition. Huawei was founded by former People’s Liberation Army soldier Ren Zhengfei as a private company in 1987. It has become a global leader in 5G wireless technology, and its services and products are widely available around the world. Huawei’s success has alarmed many in the West.

The US government has labeled Huawei as a national security threat due to the company’s suspected link to the Chinese government and its alleged role in assisting the Chinese state’s surveillance system. The US government not only bans Huawei in the US market but also pressures US allies such as EU countries and Israel to abandon Huawei services and products.

The Trump administration’s attempt to prohibit TikTok in the United States is another example of how new technologies are complicating the already difficult US-China relationship.  Clearly, new technologies have contributed to the growing tensions between the United States and China in recent years. Healthy competition could benefit both countries, but unfortunately, technological rivalry has become a destabilizing factor in the US-China strategic relationship.

Based on your research on US-China relations, what will change during the Biden-Harris administration?

The Biden-Harris administration is likely to be more predictable and rational in its foreign policy and will try to restore America’s leadership role in global affairs.  It is likely to take a less confrontational approach to China. The Biden-Harris administration will keep the pressure on as far as human rights and trade are concerned, but it will also seek cooperation with China on other issues such as climate change and North Korea.

Though there is hope that President Biden may reset the US-China relationship severely damaged by the Trump administration, it is unrealistic to expect the relationship to improve drastically in the next few years.  The reason is simple: there is bipartisan consensus in Washington that the United States must be tough in dealing with China. In recent years, American public opinions have turned against China too.

The United States is poorly prepared for China’s rapid rise, which poses serious challenges to US power, prestige and liberal values.  No matter who is in the White House, the US government will push hard against China’s challenges.  Relations between China and the United States may improve to some extent, but fundamental problems that are deeply rooted in their political systems and the global power restructuring remain unresolved.  There will be no smooth sailing of the relationship in the years ahead.

Apart from the technological challenge, what are the main areas of confrontation between the two superpowers?

There are many areas where confrontation is likely between the two superpowers, most notably, the Taiwan Strait and the South China Sea.

The Chinese consider Taiwan an internal matter as part of the unfinished civil war of the 1940s.  Until the late 1990s the majority of people in Taiwan still considered themselves as Chinese. Now the majority of people in Taiwan consider themselves as Taiwanese, not Chinese.  The United States has continued to support Taiwan’s democracy and a separate identity from China by providing political, moral and military support to Taiwan.  While Taiwan pursues de jure independence, China has vowed to unify with the island, by force if necessary.  The United States is obligated by a domestic law to help Taiwan defend itself. As a result, the Taiwan Strait has become a highly explosive area, where a war between the United States and China is not inconceivable.

China’s sweeping claim in the South China Sea clashes with those of several other claimants in Southeast Asia.  In 2016 an international tribunal ruled against China’s claim that was based on history. The Chinese military has built man-made islands and beefed up its deployment in the region.  On the other hand, the United States who is not a claimant has insisted that the South China Sea is international waters where the US military has the freedom to operate. Any misjudgment on either side may lead to a direct military clash.

Recently, we read about an effort between the United States and Taiwan to envision an alternative to China’s Belt and Road Initiative. What is your opinion on this?

As US-China tensions rise, US-Taiwan relations have been upgraded significantly in recent years.  The United States follows its own “one China policy,” which is different from China’s “one China principle” that claims Taiwan to be part of China. The United States has “acknowledged” the Chinese position but has not publicly endorsed it.  For a long time, the United States has insisted that the difference across the Taiwan Strait must be resolved peacefully and with the consent of the people on both sides.

It’s an open secret that Taiwan needs US support for its security, and the United States has been playing the Taiwan card against China.  As China continues to rise and challenges the US dominance, Taiwan’s value has greatly increased for the United States.

While there may be some economic motivation in the joint US-Taiwan effort to develop a new investment mechanism to finance energy projects and infrastructure in Asia and Latin America, there is little doubt that it is essentially a political move and part of the broad collaboration between the United States and Taiwan to counter China’s economic diplomacy, particularly the Belt and Road Initiative.  It is too early to know how this plan will unfold, but with limited funding and without participation by other economies, such counter-measures against China are hard to succeed.

You are an internationally recognized political scientist. I would like to conclude this interview by asking you what will be the future of multilateralism and what will be the outcome of the competition between liberal democracies and illiberal systems.

Multilateralism is not a choice but a reality and way of life in the globalized and interdependent world.  Without multilateral cooperation, it is impossible for the international community to tackle many global challenges such as climate change and health crisis.  Donald Trump’s “America First” policy and his antipathy to international institutions hurt multilateralism to a great extent. With his departure, the United States is likely to resume its global leadership role and continue to promote multilateralism.

The biggest enemy of liberal democracies are themselves.  The global trend toward democratization is irresistible.  Even China has been moving in that direction since the late 1970s despite setbacks in recent years.  Some people in China have been promoting the so-called “China model” in international political economy, but it remains unattractive to most countries. China has achieved tremendous progress since Deng Xiaoping initiated “reform and opening up,” but many in China including Chinese leaders admit that the Chinese system is flawed with perennial problems such as corruption and lack of accountability.

Rising populism in Western democracies, with elections of populist leaders such as Donald Trump and Boris Johnson, has created divisions within these societies and posed serious challenges to the democratic system.

Biography: Zhiqun Zhu, PhD, is Professor of Political Science and International Relations and Chair of Department of International Relations at Bucknell University, USA. He was Bucknell’s inaugural Director of the China Institute (2013–2017) and MacArthur Chair in East Asian politics (2008–2014). In the early 1990s, he was Senior Assistant to Consul for Press and Cultural Affairs at the U.S. Consulate General in Shanghai. A noted scholar on Chinese foreign policy, Dr. Zhu is a member of the National Committee on United States-China Relations and is quoted frequently by international media on Chinese and East Asian affairs. Professor Zhu is the author and editor of a dozen books, including A Critical Decade: China’s Foreign Policy 2008-2018 (World Scientific, 2019); China’s New Diplomacy: Rationale, Strategies and Significance (Ashgate, 2013); New Dynamics in East Asian Politics: Security, Political Economy, and Society (Bloomsbury, 2012); The People’s Republic of China: Internal and External Challenges (World Scientific, 2010); and US-China Relations in the 21st Century: Power Transition and Peace (Routledge, 2005).