The Caucasus between internal and international dynamics 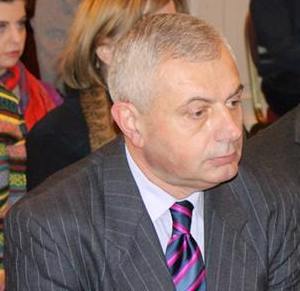 For us Europeans, the Caucasus is a complex region, a mosaic of ethnic groups and conflicts. We are interested in your opinion as a strategic analyst, committed to understanding conflict dynamics and resolving conflicts themselves. Where are we now, after the last dramatic crisis in Nagorno Karabakh? Did the COVID 19 pandemic contribute to worsening the situation?

Despite the end of hostilities in Karabakh we still cannot say confidently whether a sustainable peace has come to this war-torn region. It remains to be seen whether the agreement signed by Armenia, Azerbaijan and Russia on November 10, leads to peace or it’s an armistice agreement only. The aftermath of this war remains highly unpredictable and stability is fragile, given that South Caucasus has long become the area of clashes and intersection of geopolitical interests of big international and regional players.

Besides, we have to take into account social-political developments in Armenia and Azerbaijan as well. If hardliners in Armenia succeed the probability of resumption of hostilities may increase with all its deleterious consequences. Certainly, COVID-19 contributed somehow to the aggravation of situation. The countries (Russia, USA and France) of OSCE Minsk group were heavily concentrated on dealing with the outbreak of pandemic during this period and unfortunately their immediate reaction was belated and feeble.

What role foreign States have in the Caucasian area? In particular, will the new American course could help in the sense of promoting realistic peace processes?

Foreign states pursue their own geopolitical, geostrategic and economic interests in the Caucasus reckoning with strategically important location of the region, which serves a kind of bridge between Europe and Eurasian space. China, the United States, Russia and the European Union are the biggest players in this geostrategic conundrum. Unfortunately, clashes of their interests reverberate painfully for the Caucasian states. Georgia is a vivid example of that.

The new American administration supposedly will be more proactive and assertive in the foreign policy affairs as well as in promoting democracy internationally as compared to the predecessor. South Caucasus hosts strategically important transit routes, which is an asset for the Caucasian nations on the one hand and source of risks on the other if take into account conflicting interests of stakeholders. In my opinion the use of complementarity approach instead of competition would have been a remedy to many problems in the region.

A question about Russia. What is the attitude of the Kremlin in the region after the dissolution of the Soviet Union 30 years ago?

According to my observation, Russian political establishment and overwhelming majority of the Russian society still experience a phantom pain after dissolution of the Russia-dominated soviet empire. This pain has permeated many aspects of Russia’s domestic and foreign policies, especially towards the post-soviet space, which the Russians call “near abroad.” The Kremlin politicians are not so crazy to plan restoration of the Soviet Union. What they strive in my opinion is to create a kind of buffer zone or “safety belt” around Russia, represented by the ex-soviet republics, except of Baltic states, heavily depending on Russia politically, militarily and economically.

In conclusion, I think it is interesting for our readers to have your opinion on the defense technologies that were used in the last phase of the Nagorno Karabakh conflict. Do military technologies only “serve” a war economy or can also help a balanced and peaceful development in the region?

I’m not a military expert to go into details of the effectiveness and efficiency of the military technologies employed by the warring sides in this specific conflict. Meanwhile, what was evident and verified was extremely high impact of the modern drones against the ground military vehicles and conventional air-defense systems. Azerbaijan enjoyed an apparent superiority in this regard, largely thanks to a military aid from Turkey. I think it goes without saying that military technologies have been serving a war economy for many decades, if you mean the Karabakh conflict. It was the Russian war economy, which capitalized financially and politically on the demand and supply for the warring parties in the Caucasus. Maintaining a relative parity in military technologies may contribute to certain extent to a peaceful development in this turbulent region.

BIO: Zaal Anjaparidze received his Master’s Degree in Public-Political Communication at the Institute of Mass Media & Public Communications (Georgia, Tbilisi). Zaal has been working for the International Center on Conflict and Negotiation (www.iccn.ge) as coordinator of the Caucasian dialogue program of the Global Partnership for the Prevention of Armed Conflicts (www.gppac.net) aiming at the engagement of civil society in the conflict prevention and confidence-building activities in Georgia, Armenia, and Azerbaijan. In 2017-2018, Zaal was a project manager in the well-known Czech NGO People in Need and managed the EU-funded project for promoting tools and values of free trade with the EU to the regions of Georgia within the DCFTA and Association Agreement between Georgia and the EU. For eleven years Mr. Anjaparidze was a senior program manager for the development of civil society at Europe Foundation (www.epfound.ge), formerly operating as Eurasia Foundation. From 1999 to 2005, Zaal Anjaparidze worked for the various USAID projects directed at the development and strengthening of local democracy, good governance, and sustainability of the microfinance sector. During 1998-2000, Zaal was editor-in-chief of the English-language editions in Georgia “Resonance” and “Georgia Today.”. Simultaneously, Zaal provided pieces of training and workshops on human security, facilitation, advocacy and adaptive leadership. Beginning 1997 to date Zaal Anjaparidze has been a contributor to the various national and international analytical editions, including Jamestown Foundation /Eurasia Daily Monitor/, Transitions, EurActive, The Moscow Times, International Herald Tribune, Journal of Conflict Transformation/Caucasus Edition/ and others.