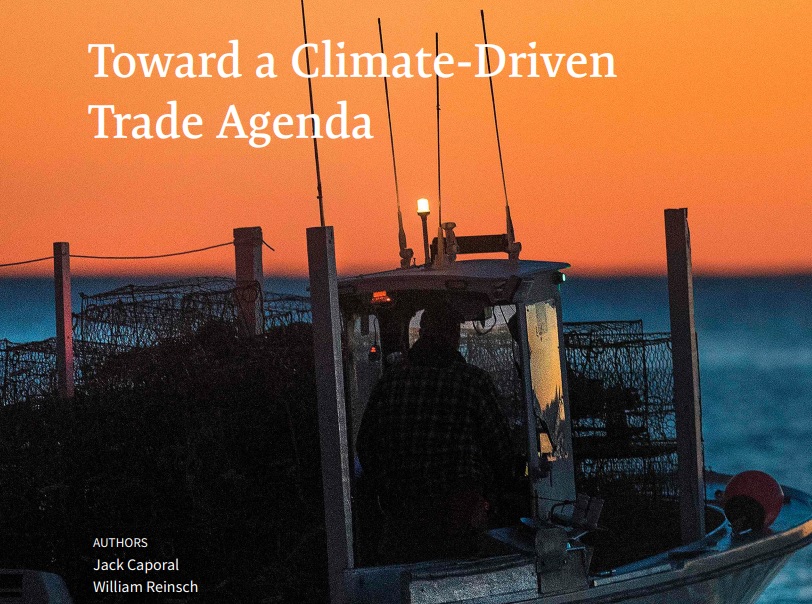 The Center for Strategic and International Studies | (csis.org) is ranked the number one think tank in the United States as well as the defense and national security center of excellence for 2016-2018 by the University of Pennsylvania’s “Global Go To Think Tank Index”.

Jack Caporal and  William Alan Reinsch are the authors of the report Toward a Climate-Driven Trade Agenda. The Science of Where Magazine met them for a short interview.

Trade policy and climate policy have largely been considered by policymakers as separate issues. As governments take bolder action to respond to the climate crisis they may increasingly turn to trade policy tools, such as tariffs, subsidies, and government procurement, governed by international trade tools. In some areas, international trade rules set clear boundaries while other areas are relatively untested. Despite that, trade policy can be a lever to strengthen climate policy, however more work must be done to deconflict WTO rules with certain policy options.

A multilateral approach is necessary for a successful climate-drive trade agenda. The report recommends a series of multilateral steps, including expanding the APEC Green Goods agreement and using APEC as an incubator and launchpad for a broader climate-friendly trade policy agenda; reviving negotiations for a plurilateral Environmental Goods Agreement, working with the European Union on climate and trade issues including carbon border adjustment mechanisms, and more.

With respect to the topic you have explored, at what point are relations between the USA and Europe? And how will they evolve?

Because President Trump ignored climate change for the past four years, the US is behind the curve in addressing the problem. Essentially, we are starting over.  President Biden has a difficult task in simultaneously resuming US initiatives to control our own emissions and negotiating with trading partners on collective responses, particularly with respect to border adjustment measures.  The good news is that the US and the EU are now on the same page with respect to the seriousness of the problem and the urgent need for action. Whether the parties can translate that common purpose into agreement on concrete mitigation steps remains to be seen.