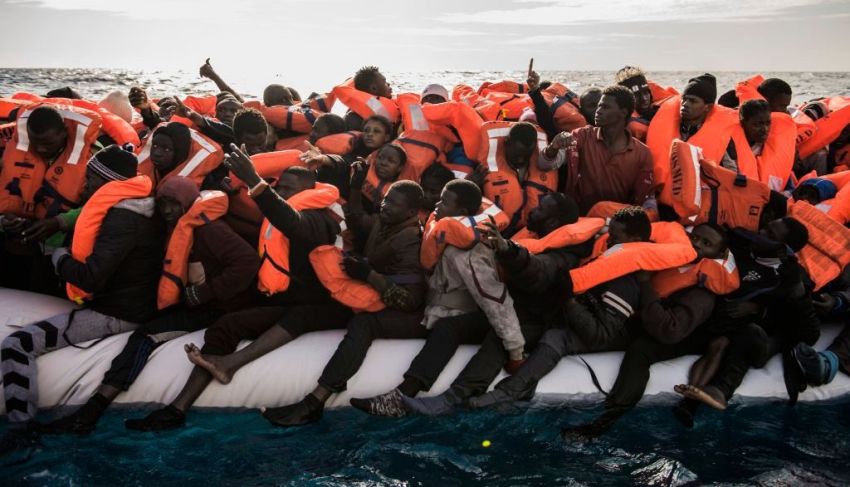 The Science of Where Magazine meets Kelly Petillo, programme coordinator for Middle East and North Africa at the think tank European Council on Foreign Relations 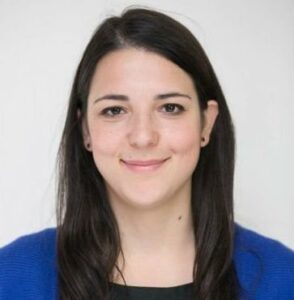 What is the thesis of your article “Out of place: Why Europe needs a new refugee policy” (European Council on Foreign Relations)?

The Biden administration has revamped the US commitment to human rights, drawing a rupture from the disregard towards international norms and multilateralism that has characterised the Trump era. I argue that those in Europe who are concerned with the recent trajectory European policies vis-à-vis refugees in the region and closer to home have taken should leverage the momentum brought about by this US-driven change in rhetoric to collectively push for a change in direction of European policies towards refugees, in its different dimensions – in terms of common refugee policy, but also bilateral agreements between the EU and countries in the Middle East that host or generate refugees, and in EU member states bilateral agreements with these countries. In the article, I lay out how European agreements in recent years, for example the 2016 deal struck between the EU and Turkey or the recently renewed deal between Italy and the Libyan authorities, are designed to merely keep refugees and migrants out of European shores. This, I argue, neglects the need to address the situation in countries truly bearing the brunt of the refugee crisis and the abuses and unlawful treatment of individuals who seek to reach safety. To be clear, I am not arguing that Europeans should wait for a clear US steer towards a shift in tone and hopefully policy towards refugees. The US is not concerned with addressing the multiple crises that ravage the Middle East in a comprehensive way and will likely focus on surgical support in terms of counterterrorism and other key priorities, like Iran. But a change in US leadership does have an effect globally, in terms of setting the tone and fueling positive or negative trends in Europe. Trump alone was not responsible for the rise of anti-refugee sentiment in Europe. Yet, Trump contributed in exacerbating these trends by legitimizing actors and policies that vilify refugees and neglect their rights. Hopefully, by recommitting to a multilateral push on normative values the US shares with Europe, Biden can contribute to changing this trend.

Migration policies, especially in recent years, have represented a reason for cultural and political conflict within the European Union. What are the advantages of a “regulated” immigration, without sacrificing the increasingly indispensable humanitarian aid?

An agreement that is able to comprehensively regulate refugee movements upon arrival is in European interest for both security and political reasons. It is fair to be concerned with protecting borders. Yet, Europe fails to truly do so if it lacks comprehensive focus on addressing the multiple crises affecting the MENA region in a comprehensive manner. In my opinion, the refugee issue has been highly politicised and often instrumentalised for political gain. In Italy, refugees and migrants were used during the 2018 elections by the Northern League as the culprit of the many socio-economic problems the country faces, and rallying anti-refugee sentiment helped the party win votes. At the European level, the issue of refugees has fallen victim of a lack of European cohesion. We currently witness sub-groups of states try to push for their respective agendas through the migration issue. Southern European states, including Italy, emphasise burden-sharing. Visegrad group countries, and others like Austria, push on security and border control. Some countries (including again Italy, but also Malta) used the Covid pandemic to declare their ports unsafe for people rescued by NGOs, de facto facilitating the return of refugees to countries widely recognised as unsafe, like Libya. Several member states like Greece have been unlawfully pushing back migrants with relative impunity. These policies, aided by the pandemic, may have succeeded in keeping refugees out. But meanwhile, crises and inequality in the region have exacerbated exponentially and more refugees will seek to reach Europe. So Europe may have stopped arrivals, but is far from achieving the stability in its neighbourhood that is needed to stop people from setting off to Europe. Given the current juncture, which sees relatively manageable numbers, one could argue that dealing with refugees at our borders now should be a feasible endeavour. In doing so, Europeans could capitalise from existing success stories such as the award-winning Humanitarian Corridors Initiative, started by Italian faith groups in 2016, which has proved successful and perhaps could be replicated at a larger scale. This may be harder to prioritise during the pandemic, given domestic priorities and economic hardship, but discussions on this front can still take place. In terms of humanitarian aid, Covid has meant a decrease in support for 2020. While Europe has pledged to increase aid to the region, this still fails to comprehensively address needs. The upcoming Brussels conference on the future of Syria, and other similar moments, should see a shift towards providing a realistic package able to address needs. Europeans should also show leadership on the vaccines front and ensure refugees in the region and beyond are not neglected. I don’t think this would mean neglecting the economic crises European countries are facing – if we don’t provide vaccines in a comprehensive manner, we will not end the global pandemic and resume economic mobility.

Migrations represent a global challenge and meet the climate challenge, especially in African and Middle Eastern countries. Is there a possibility, with the new American administration, of a realistic multilateral approach?

Under Trump, the US has been largely absent from the global conversation on refugees. Under Trump, the US rejected the UN Global Compact in 2016, failed to sign the New York Declaration and the subsequent Marrakech declaration. Upon Biden’s inauguration, UN Secretary General Antonio Guterres and UN High Commissioner for refugees Filippo Grandi stated their auspice to welcome the US into the Global Compacts, highlighting the strong historical partnership between the US and UNHCR. However, Biden hasn’t yet announced he will join these agreements, which are nonbinding (and one could argue this could be a feasible step that would send a signal of a renewed US commitment to tackling the issue of migration at the global level). So while there will indeed be increased transatlantic cooperation on matters of common interest like climate, and while the US is set to widely restore humanitarian aid in the MENA region, I do not believe migration will be a standalone priority of transatlantic cooperation and will likely be channelled through cooperation on other front – again climate, but also security, counterterrorism and human rights. This shouldn’t daunt Europeans. It is an opportunity for them to play a leading role on this front and put themselves forward as a global actor whose migration goals meet global normative standards. And as I argue in my ECFR article, more cooperation on other fronts, and an increased US commitment to human rights, are still important factors that have the potential to build momentum and shift the European conversation in a more positive direction. Guterres has released a call to action on human rights, which was officially endorsed by the EU on February 22nd. The US re-joined the UN Human Rights Council. So there could be cooperation that has the indirect potential to improve the lives of refugees and migrants.

How much does Europe’s weakness in terms of common foreign policy affect the resolution of the conflicts in Africa and the Middle East (which inevitably cause forced migrations)?

The problem at the core of a small-picture thinking to the issue of refugees in the MENA region is that this is permeated by the imperative to mitigate migration and security its borders rather than decreasing insecurity and preventing abuses faced by individuals in neighbouring countries. In my view, focusing on migration and security alone will fail to achieve stability. To focus on managing migration at the expense of meeting core humanitarian needs and preventing abuses both in local and refugee communities means giving a free pass to increasing conflict, insecurity and economic hardship, which is increasingly a factor that prompts refugees to move to Europe. It also means setting a precedent for impunity for actors around the world who are observing these trends. Europeans are one of the few actors that have an interest in maintaining global norms alive as part of their raison d’etre. It is also worth noting that, in many cases, the current approach to refugees has seen Europe subject to pressure by its neighbours – such as in the case of Turkey and Greece. In my view, Europe needs to provide a comprehensive support package to countries like Lebanon (which hosts the highest number of refugees per capita). On Turkey, it should leverage current ongoing negotiations over the agreement renewal to revisit its parameters. The 2016 agreement sought to address the realities of the situation in 2015. There is now space for a shift in focus, from solely prevent migration to directly improving the conditions of refugees in the country, under the framework of the Global Compact on Refugees — which was signed by both Turkey and all EU member countries (minus Hungary).