Reflections on the liberal order 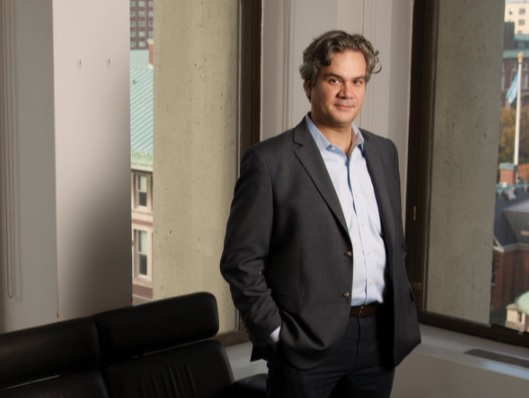 The Science of Where Magazine meets Alexander Cooley, the Claire Tow Professor of Political Science at Barnard College and Director of Columbia University’s Harriman Institute for the Study of Russia, Eurasia and Eastern Europe.

The topic you address in the article “The Impact of COVID-19 and Global Perceptions of US Leadership and International Order” (Valdai Discussion Club, January 13, 2021) is of great interest. What is the importance of the technological factor in the metamorphosis of the liberal order?

This is an interesting question because there is a debate among international relations scholars as to whether technological innovation is endogenous to or develops independently of hegemonic power. Some would maintain that measured by global patents and the tech sector, the US retains its global primacy because of its very openness and market-friendly environment. But its also worth considering that America’s giant tech companies its– Amazon, Apple, Facebook Google– have taken full advantage of the global legal dimensions of liberal ordering to book profits offshore, thereby minimizing their contributions to the US tax base, and avoid meaningful national regulation. And in as much as they have enabled the transnational backlash against liberal ordering– for example by supporting social media platforms for illiberal movements and networking– they have contributed to revealing some of the contradictions among the three pillars of the liberal international order: economic openness, political liberalism, and intergovernmentalism.

It seems clear, and the pandemic has only aggravated the phenomenon, that there is an ongoing clash between liberal democracies and illiberal systems. Who will win?

Well, I think we have to be careful and not judge the outcome by who is occupying the White House in Washington DC. Certainly, now with the Biden administration there is a good deal more optimism that the liberal order can be resurrected and even updated for new global challenges. I do not share this view because I believe that President Trump was a symptom, not the cause, of the liberal order’s unravelling. The international order is under fundamental contestation at all levels: from above, with the rise of China and Russia as providers of counterorder; from below, as small states leverage the availability of alternative patronage providers to push back against liberal ordering and from within, as illiberal transnational moments increase their strength within the liberal core. We need to remember that historically, the international system has been illiberal in different forms, especially in the age of dynastic empires, colonialism and the interwar period. So, my best guess is that we are entering a period of fundamental contestation between liberalism and illiberalism, with many countries wanting to keep both doors open.

Will the new American Administration succeed in achieving the unity of liberal democracies in a plural and so complex world?

I think this will be difficult for many reasons. First, the events of January 6th when the US capital was stormed by pro-Trump rioters and insurrectionists reveals that the political divide in the United States has reached a critical point. The United States needs to shore top its own democratic institutions which, although they did not break, were certainly exposed as more fragile than was commonly assumed. Second, how does one decide which countries are and are not valid democracies? By what criteria? US officials already will have a difficult time with core European countries given that this administration is likely to back liberal parties and factions domestically, just as the Trump administration appointed Ambassadors to Europe who were sympathetic to and actively backed populist right-wing parties. This will also trigger backlash. Finally, it seems that the Biden Administration will make a big push in the area area of anti-corruption on a global level. However, the tools that it is likely to use– targeted Magnitsky-style individual sanctions, extraterritorial jurisdiction to go after corrupt politicians and their assets– will undermine and threaten many regimes worldwide which will then be come even more inclined to denounce such policies and offer opportunities to countries like China and Russia for partnership.